Deciding to write this blog was a huge decision.  I debated.  Talked myself out of it repeatedly.  Started it then didn’t touch it for a few months.  Recommitted to sharing my belief about PTSD.  I am tired of some people condemning me for events that happened in kindergarten and through out a childhood that had some good, some bad, and some really ugly.  The label of PTSD was freeing for me because it meant this thing that happened wasn’t really me at all.  The ugly was something that happened to me over and over and over until I didn’t believe it could end….I thought it was who I was.  I tried to hide it….but its been said the ugly goes clear through.  I wanted to be different.  I took a class in high school called ‘search for identity’ but all I got were more questions.  Didn’t keep me from looking.  I prayed.  My prayers seemed unanswered.  I was lied to by my abusers, they told me God didn’t care what happened to me because He didn’t stop me being hurt.  I had a secret place in my heart that believed that God did care but it is real ugly to feel that you are not worth bothering about.  Ugly is part of PTSD, the nightmares, the explosive triggers, the wrenching fears, the raging anger, the pits of depression become an oasis in the swamp of ugliness.  PTSD is an emotional, physical, reaction to extreme events on the battlefield or on the home front.  It is real and it is ugly however, it is not a death sentence.  Part of accepting PTSD is accepting it is emotionally and physically painfully ugly.  Having cancer taught me that other things are also experiences of ugly by another name.  PTSD is ugly.  I accept that. 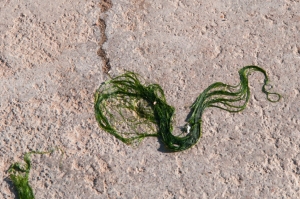 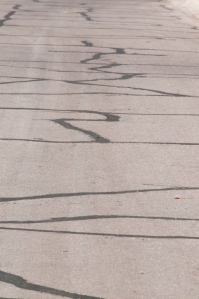 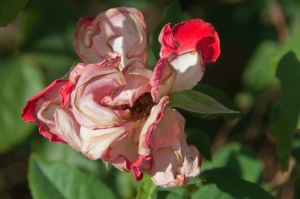