Most people think about bruising and broken bones.  Easily seen and documented the obvious physical abuse is quickly identified.

Physical Abuse
Physical abuse is generally defined as “any nonaccidental physical injury to the child” and can include striking, kicking, burning, or biting the child, or any action that results in a physical impairment of the child. In approximately 38 States and American Samoa, Guam, the Northern Mariana Islands, Puerto Rico, and the Virgin Islands, the definition of abuse also includes acts or circumstances that threaten the child with harm or create a substantial risk of harm to the child’s health or welfare. The word “approximately” is used to stress the fact that the States frequently amend their laws.  In seven States, the crime of human trafficking, including labor trafficking, involuntary servitude, or trafficking of minors, is included in the definition of child abuse.
https://www.childwelfare.gov/pubPDFs/define.pdf

Sadly less obvious forms of physical abuse are also “nonaccidental”.  Consider feeding a child food that the caregiver knows makes the child sick.  There is also a disorder where a parent exaggerates a child’s illness to gain attention.  This is considered rare unless you are the one on the receiving end.  https://www.webmd.com/mental-health/munchausen-by-proxy#1 Another category of physical abuse is denying a child going to the bathroom when they need to.  From my experience, I learned painfully there are many ways to “nonaccidentally” injure a child and never leave a mark.  One example is leaving a child in a hot car.  Or refusing to attend to an injury, which is sometimes considered neglect but to intentionally refuse to help an injured child can be considered physical abuse.  Another way to hurt a child is hurt them in places that aren’t easily seen.  Pulling their hair, painful to the scalp but no evidence that any injury occurred.  Many state governments get fairly detailed what is and isn’t physical abuse.  Some parents that are survivors of abuse will sometimes consider something acceptable because it is so much less than they experienced.  Learning appropriate ways to treat children takes a lot of work when your growing up years are immersed in violence.  Sexual abuse is a form of physical abuse but has its own category.  If you are not sure what constitutes physical abuse, do your home work.  Plenty of websites share this information.  A side note:  Abuse against animal laws were on the books before child abuse laws…not too many years ago it was illegal to beat a horse but not your child.  Times are changing and they needed to. 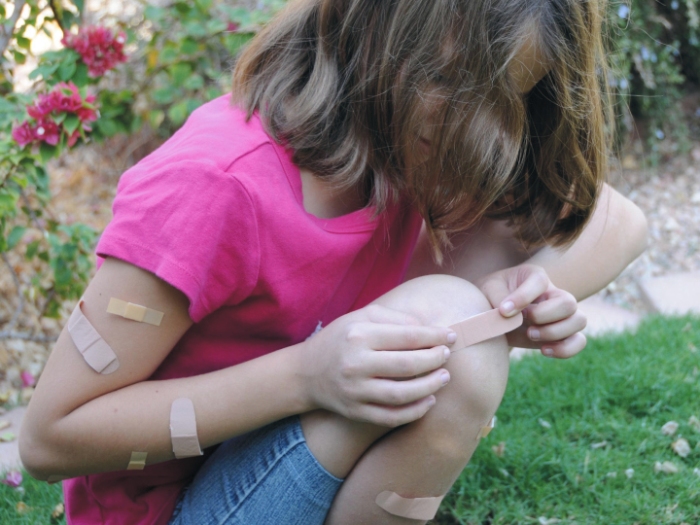