And without having to spend a bunch of money to do it.           Warning I am getting on my soapbox…..if this is not something you need right now enjoy the pictures and skip the text.

According to the study at this link, people that suffer from child abuse are more easily startled.  https://www.ncbi.nlm.nih.gov/pmc/articles/PMC2852033/

Yes, someone was paid money to run this experiment and followed up with nifty charts and graphs showing:

In summary, this study found that high levels of reported history of child abuse are associated with increased startle reactivity in adulthood. Furthermore, these effects appear to be independent of sex, age, as well as the level of symptoms of PTSD or depression.

I feel irritated because someone needed to prove what I already knew.  I watch students at school and pay attention how easily do they startle and I have a fairly clear idea how tough their childhood was.  This is valuable to me in how I approach a student (teachers too.)  More and more frequently, I assume their life is tough, inner city high schools are like that.  However, people forget that child abuse is not exclusive to inner-city troubles.  Suburbia is awash with abused kids there too.  Child abuse has no special group or area.  Sadly, a high functioning survivor can’t get help because, they are doing OK….doesn’t seem to matter if they are a seething mass of guilt, shame, fear, and depression, just as long they can do the work.  I spent almost a year studying 10 books that spanned 50 years of treatment of abuse survivors.  I’m lucky no one noticed my classic abuse survivor behaviors in junior high and high school.  However, I did freak out one teacher enough that he gave me a mercy grade in exchange for me never taking one of his classes again.  I took the grade.  I later learned that chemistry had one of my biggest triggers in lab.  So why do I keep reading these things that upset me?  I am trying to keep up with what ‘scientists/psychologist’ are deciding about survivors.  This is important information.  Mental illness is one thing you can get fired for with no explanation on the part of the company.  Some people will squawk that isn’t fair but the next shooting that they say the person was mentally ill justifies in their mind excluding all people with mental illness.  Let’s do a bit of math, they estimate 1 in 4 people have some form of mental illness.  In a city of 100,000 people about 25,000 are mentally ill.  One person goes on a rampage and 24,999 others are suspects.  Yes, I listened to people discussing having a registry for people with mental illness, my name would be on that list.

Why is this concerning?  People are suspects for reasons that have nothing to do with the crime committed.  It is troubling to me that these studies will be used by some Yahoo in some government agency to track possible ‘threats.’  Yes, after one shooting, someone asked me if I would go on a shooting rampage, I looked at them and explained, “I have seen enough suffering to last several life times, no I would not.”  I am no longer friends with that person.  So I track what is happening.  I pay attention to the news pundits throwing out ideas to ‘control and make sure nothing like that happens again.’  Some of the people were labeled with a mental illness after the fact because they didn’t want to believe that a sane person would chose to harm others.  Then they would have to suspect the other 74,999. 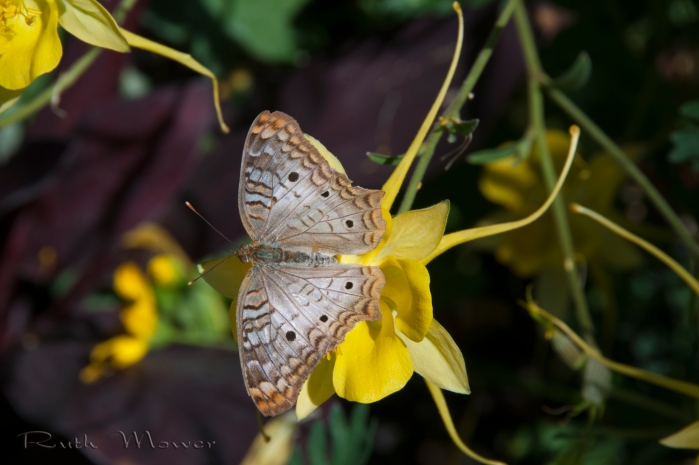