One of the biggest obstacles I had to over come was my own rejection of my emotions.  My hero in high school was Mr. Spock because he had no feelings.  I felt totally betrayed when one episode showed him raging with anger.  I was told over and over again stupid people got bored.  I was laughed at for my tears.  I was punished for my anger.  If I was hurt then became angry, I was taught that I had the greater sin.  What a mess.  I didn’t like the raging anger I felt sometimes.  My kids were the ones most likely to catch my mean nasty side.  Bit by bit I started squashing anger.  Depression was my anger management.  Slowly over time all my emotions were suppressed.  Then came counseling in my 40s and 50s.  I was in counseling for over 10 years.  The first thing we did was survey the emotional damage.  My counselor observed my lack of emotion when I should be displaying some reaction.  He was astounded the day he was purposely trying to get me angry so my answers would be more spontaneous.  I felt the anger and made it disappear.  He stopped mid sentence stared at me and asked, “How do you do that?”  I was completely puzzled by his question.  My suppression of all emotion was so automatic I didn’t even need to think about doing it.  He clarified what he meant, “I recognize when some one is trying to hold in anger, you make it go away.  How do you do that?”  I had no idea.  I worked at it for over 40 years.  I was adept at hiding and burying my own emotions.  I didn’t know where the emotion went; it was just gone. So unhealthy.

My counselor explained to me that his specialty was helping people process their emotion, if I didn’t have any, he had nothing he could do to help me.  I felt panicky….was I be kicked out of counseling for not feeling those pesky emotions I was punished for feeling?  Fortunately, he gave 2nd, 3rd and 4th chances to bring my emotions out into the open were I could feel them then talked to him about what I was feeling.  It was hard.  Dissociation, a complete break from my emotions, felt easier.  It is in the short term but it has a compounding interest on pain that would be accounted for eventually.

I found an interesting article recently about how to feel your feelings, name them and then do art projects to allow feelings their time on stage.  https://blogs.psychcentral.com/weightless/2019/06/how-to-feel-your-feelings-when-you-were-never-really-taught/

I actually started with a kids coloring book about feelings.  I had to sit in a walk-in closet by myself totally alone to be able to fill out the coloring pages.  This started opening up a can of worms that once opened, I knew I would never to be able to cram them all back in. It took me months before I walked into his office and announced, “I found it.”  What I found, I named Lake Rage.  A massive cauldron of boiling rage waiting to erupt.  Kind of like being at Yellowstone and realizing you are on the biggest volcano in the United States but all you get is rumblings a steam spewing geyser water to warn you this was big and potentially lethal.  Start small.  Other things that helped me was emotional journal writing, art of all kinds, my writing and counseling all be game ways to vent off the bubbling boiling substance. The interesting thing to me, as I accepted the rage, jealousy, envy, and other negative emotions the other emotions like happiness, joy, peace came with them.  This was so not what I was expecting.  In my quest to eliminate “bad” emotions I eliminated all emotions including my ability to show love.

I decided that part of assignment Earth is to learn to feel, process and use our emotions for good results.  I now know that anger is a secondary emotion, hurt, fear or frustration came first and needed my attention.  Fear was important, without fear there is no need for courage.  Also there are somethings we should feel afraid and that burst of adrenaline can help me to do things I wouldn’t normally be able to do.  Frustration clues me in that I may be missing a piece of information and I need to study things more and try again with the added information.  Envy means I am comparing my blessing to someone else’s blessing.  If I want more out of life I need to commit to do the things I need to do to get what the other person has.  I also discovered that some times the price they pay is not one I am willing to pay.  I discovered that every so called negative emotion gave me clues toward safety, recognizing my heart desire, and changing my life.  I have a deep and abiding respect for emotions.  They are what colors our world and makes things filled with variety. 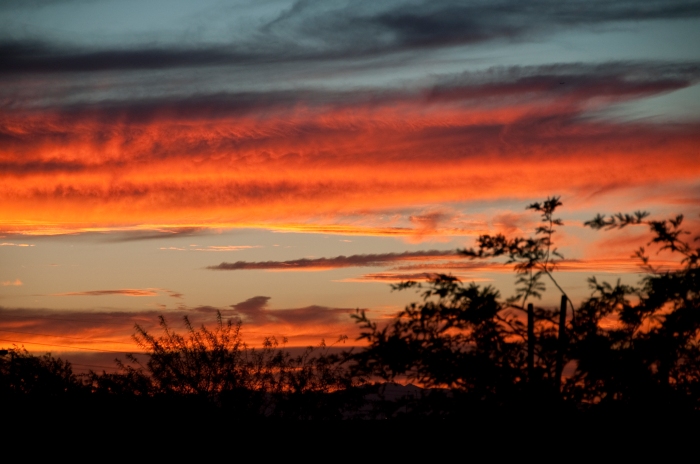 2 thoughts on “Feel your feelings”