In the comments: “I found a few people I could talk to about suicide, i.e., when I felt like I was at the end of my rope. They were level headed and accepted I was depressed. They didn’t overreact. They didn’t lecture me or shame me. They accepted my feelings while ensuring I felt valued. Suicide stopped being a shameful secret and became an important and reliable warning sign for me. When I reach the point where I’m thinking I can’t take another day I know I need to step back and evaluate where I am. Sometimes it’s simply accepting that life is miserable but also reminding myself that the misery/pain won’t last. It never does. Some of it has gone on for years, but I know there’s hope because other long-term problems have either resolved or I’ve come to terms with them. My last-resort reminder to hang on is: “If I give up, THEY win.” That’s usually enough to keep me fighting for my life.”

I first contemplated suicide in high school.  I remember feeling a darkness that would fill my soul and block all hope.  Usually at night, alone. Darkness of night crept into my mind until all light but the slightest pinprick was left.  Morning would come and with it, hope.  During these years I expressed my concern about feeling sad.  This was met with ridicule, how dare I be sad when I had so much to be thankful for.  By high school, my mind had already wiped out memories of my childhood.  I couldn’t disagree with no evidence.  I lived in affluent neighborhood.  I went to a good school.  I had clothes to wear and food to eat.  I learned quickly to hide my darker feelings.  I also learned to hide my feelings from my friends.  They felt bothered by some of my dark moods.  I hid from family and friends.  Switching in a split second, I could draw up what ever face required.  I didn’t even know that I did this.  I asked my parents about some of the milder feelings I had.  Mother’s airy, “You are just like every other teenager exaggerating your feelings.”  None of my friends talked about having feelings like mine.  I hid them.  I felt shamed by them.  I felt undeserving of living.  Talk of suicides at schools was just beginning in the 70’s.  Viet Nam underscored that life was not all sweetness and light of a vapid TV show.  However, a girl in comfortable circumstances had no right to complain.

Years passed, I secretly battled this secret obsession…always sitting on the fringe of my mind.  Bringing children into this world heightened my need for suppressing dark thoughts.  Mostly I did with the hustle and bustle of raising children.  When my husband went on the road for one of his jobs, I was once again, alone at night.  The darkness slipped back into my mind taking a larger and larger effort to suppress and beat back.  Sleeping became difficult.  The physical symptoms increased of PTSD, I had no name for it, I called it my shadow warrior that could beat me up and leave me unconscious.  My health deteriorated.  I couldn’t care for my family.  The thought insinuated into my mind that I first heard from my mother, the world would be a better place without me.  I battled the feeling, for years.  I chose counseling because my thoughts of suicide were gaining an upper-hand, but I felt too much shame to share my horrid thoughts.  I hoped that some how counseling would help me communicate my fears and concerns to my husband and all would be right in my world.  Counseling didn’t work out quite that way.  Instead of saving me from the dark thoughts, my counselor taught me to stand and face them.  I didn’t surprise my counselor often but he was surprised when he realized that my motivation towards suicide was I loved my family, I was a burden, so in my black and white thinking, I had a responsibility to remove the burden, me.  His reaction reminded me a bit of the scrambling that occurs when a dog is running full tilt only to realize at the last second that the open door is closed.  My counselor sat back and thought.  The problem was different than he expected.  He needed to teach me that I had value and worth.  Task was difficult as the memories from my childhood ripped through the illusion that I was raised privileged…it was an illusion created to survive.  I dug deep and learned that never giving up was my first step to learning to thrive.  I was lied to, I did not deserve to die.

Suicide sometimes believed to be the last choice.  This is another lie.  In today’s world, there are help phone lines, shelters, and other places that will reach out.  Suicide touches just not their own life but the lives they least expect.  If a friend speaks of suicide, don’t dismiss it.  However, hard to stop someone truly determined.  I watched a life shatter because she couldn’t understand why her love was not enough to keep her boyfriend from committing suicide.  I would have lost out on so much if I gave into those dark thoughts.  Please, suicide is never a choice that leads anywhere.  If you are contemplating suicide, give yourself another chance, you are worth it.

In the United States call

Choices even in the darkest moments we still have choices.

“It is our choices…that show what we truly are, far more than our abilities”
– J. K. Rowling

Every day I am thankful I chose to get counseling. On Suicide awareness day I wore yellow and “Love” written on my wrist. I thought about the people I knew that committed suicide. The loss. The feeling of guilt that some how I should have been able to do something. Then I reflected on how I wouldn’t allow anyone near me when I felt so low. I closed off and isolated myself. I shut down and shut my thoughts in. Could I have actually been able to help? I don’t know. I know at my darkest hour there was me and my faith in God and wondering how I would explain to Christ why I thought life was too tough and I shouldn’t be alive. Finally, the determination if I thought so little of myself that I could end my life, then the pedophile won. He would laugh in his grave that he destroyed me from his tomb. Funny how a dose of anger pushed me to turn around and choose living. Sometimes the toughest decision is the one to truly live. Not a numbed half life, but a jump up and down and move around to show you are alive. Thinking about those I knew that committed suicide I felt sad at a terrible loss of each life. I felt peace with my grieving. I imagined each one in the “Hollow of His Hands.” He will know what to do with their pain. This world is designed to inflict pain…doubt it? Step off a chair and you will hit the ground hard. No one is left out of something that twists their heart…It is what you do with the experience that makes all the difference.  Choose to live and find out the possibilities.

Sadness, grief, terror, anger, punishment, worthlessness, hopelessness, end of the rope……tie a knot and hang on.  PTSD torments a person day and night.  Fear of harming others increase feelings of guilt.  Deciding to end the torment may run the along the thinking of an execution rather than an act of cowardice some people claim is the reason a person commits suicide.  Hard to explain the gamut of emotions that swirl darkly around the choice of suicide.  Sometimes a survivor of a suicide attempt will say that they had no other choices.  Please, believe me, if you are breathing – you have choices….it is only when you stop living that you are out of choices. 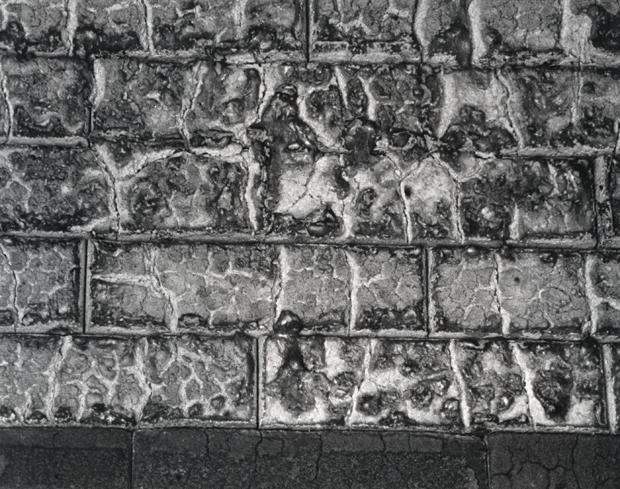 Suicide a no return Dead End.